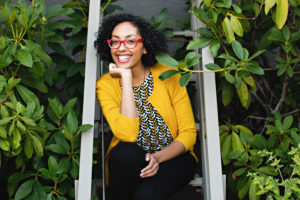 Holiday House sat down with Jessixa Bagley to talk about her new picture book, Henry and Bea.

What was your inspiration behind writing this book?

Henry and Bea is based on a real experience I had when I was in the sixth grade. I did change a few details of the story, but it’s basically the exact experience. My teacher, Mrs. Birchfield, held a creative writing contest in our class and the prize was a visit to the farm she and her husband owned. I was lucky enough to be picked, coincidentally along with my all of my closest friends! One friend in particular was a bit of a tough skater boy. While we were at the farm wandering around, he found a dead cat in the barn. It wasn’t a pet of my teacher’s—it was an old stray—but it was still sad to see. Well, my friend was VERY upset and was crying a lot—something we would never expect from him. Well, it turned out he was so upset because his cat had just died, but he hadn’t told anyone. So my teacher suggested that we bury the found cat and have a funeral. So we did! We held hands and said goodbye. My friend was crying a lot, and right then a thunder and lightning storm came upon us, and we had to hurry inside. It was very dramatic and always stayed with me.

Henry and Bea is such a charming story about the importance of friendship. Was it based on a friendship from your past?

The friendship aspect of the story is actually very much about my relationship with my husband Aaron. Aaron has struggled with depression since he was a child, and I’ve supported him with that challenge through our relationship. Navigating supporting a friend through hard times is really the crux of the story. Aaron’s real-life struggle and Henry’s character have that in common. The specific character Henry is inspired by a real friend whom I went to school with (he wasn’t the one who found the cat, but he was at the farm that day). Henry and I were classmates from first to sixth grade, and we would always make art together, which mirrored the relationship and dynamic I have with Aaron. So Henry was in part inspired by my real friend Henry, but mostly by my husband. Bea is, of course, based on myself and my role in supporting my friend (Aaron) through emotional challenges.

This book deals with grief and the loss of a pet. Why was it important for you to include this source of conflict in the book?

Because the loss happened in real life, that was natural choice to make it part of the story. But in a broader sense, it really acted as a vehicle for showing that sometimes we go through things that are hard to talk about. It’s hard to be emotionally vulnerable with even your closest friends and family, and we don’t always know how to share what we are going through — especially kids. Losing a pet is a very universal experience of loss for a child and there are a lot of complicated feelings that go along with it. My hope is that by using this universal theme of loss, kids will see the underlying meaning of talking about your feelings— and on the reverse, supporting a friend when they are going through something you don’t quite understand. Sometimes support isn’t about fixing the problem. It’s about being present and giving someone the space to 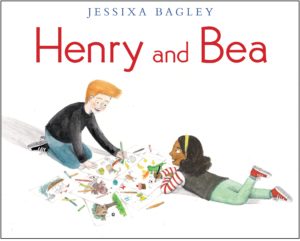 have those feelings and just letting them know you are there for them.

It’s impossible not to notice the diversity of your characters. Was this an active choice in your artistic process?

It was very much an active choice. Up until this point, my books have largely been about animals—mostly because that is what I connected to in books as a child since there was such a lack of representation in books back then. Also, drawing kids was very daunting for me because they are such a hard subject to get just right! They can easily look too old for the age group or too saccharine sweet. But one thing I knew when working up the courage to make a book with real kids was that diversity of kids was a no-brainer. Never seeing myself represented ethnically (aside from civil rights or slavery books) was very isolating, and I know that would have meant so much to me and understanding my identity. Most of the characters are based on/inspired by real friends I have now or had as a child, so the diversity isn’t arbitrary just for inclusion’s sake. But as a woman and artist of color, it’s my responsibility to my readers that I represent children of color, children of different sizes, abilities, etc. to give them a space in books to see themselves. It gives them the permission to share in the universal experiences of growing up instead of feeling marginalized to what others deem are their experiences based solely on their differences. Diversity is something I intend on incorporating into all future work where real children are illustrated.

What’s the most important thing you’d like readers to take away from your book?

Share your feelings and be a friend when you see someone hurting. Both of these things are hard, but they both will help heal yourself and others and make you a better person.

Was the Cat in the Hat Black? by Philip Nel and Guts by Raina Telgemeier.

One thing you must do before you sit down to write?

Look for my notes and hope there’s something good in them that will make the writing ANY easier. And get a tea if possible.