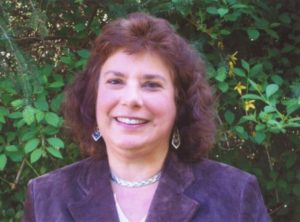 Q: What was the inspiration behind this story? Is any part of it based on actual events from your past?

A: No actual events. It’s just that I love seeing those accounts about bonds of friendship between unlikely pairs—particularly interspecies friends, and most especially between animals that you would normally not expect to be nurturing to each other: Koko the gorilla hugging her pet kitten, All Ball; an elephant and a dog playing together; a fawn licking a cat; a zoo tiger raising piglets along with her own cubs. If you do an internet search on “unusual animal friends,” you’ll see all sorts of things to make you go “Awww!”

(You absolutely need to go to You Tube and type in “dog, cat, rat”!)

So I decided I wanted to write about a whole group of animals working together.

Q: We noticed you attribute different styles of writing to each animal’s personality. How did you decide what was best for each?

A: Some seemed obvious, such as that the school of tetras would speak with one voice (“We are in a school in a school. . . .”) and that their viewpoint would be the most limited (and that they don’t even realize this) since they cannot leave their tank.

If you’ve ever seen a hamster go round and round in a hamster wheel, you HAVE to have had the thought “How can he not get dizzy?” So the hamster in my story is dizzy, but I didn’t want that to translate to dumb. So he’s very mathematical. (Except, of course, after he’s been on the hamster wheel; then the numbers on the clock move and become hard to count.)

The parrot is from South America, so she has a bit of an accent. I also decided she’d have the soul of a poet. Perhaps not a very good poet but stillâ€”poetry is very subjective, so who are we to criticize?

Since the geckos keep interrupting each other and finishing one another’s sentences, it immediately became obvious that their chapter should be written all in dialogue, as in a script. And that each one would always try to get in the last word.

Q: Was it difficult writing from the perspectives of various animals?

A: More fun than difficult to try to give each a unique voice.

Q: Out of all of the characters in the book, which one do you relate to the most?

A: Ooo, I always relate to all my characters (even the villains). But I guess I’m closest to Sweetie the library rat, who loves books and who sees himself in the stories he hears. So he thinks the hero of the Cinderella story is the rat, because without the rat being turned into a coachman, Cinderella would never get to the ball.

A: I did not work with Steve Björkman at all—but aren’t his illustrations full of fun and energy?!

Q: Do you have any pets of your own?

A: At the moment, my husband and I have one cat, Alf (named after the cat-eating alien in the TV series from the 1980s because they’re the same color, and just about as silly).