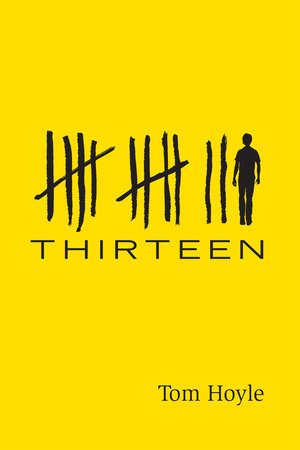 Thirteen boys were born at midnight in London on the stroke of the new millennium. Today twelve of them are dead. They were executed by a cult called “The People,” under the leadership of a dark, ruthless man named Coron. The People have tracked down all but one of the boys and will do anything to reach their last victim, thirteen-year-old Adam. Adam doesn’t know he’s in danger. Raised by adoptive parents, he has never known his real birthday, and he has no idea that his days are numbered. When a cult deserter named Simon tries to warn him, Adam can hardly believe what he is facing.

With help from Simon, Adam and his best friend Megan dodge a double agent policeman, multiple assassination attempts, and Coron himself, while labeled a public enemy for killing in self-defense. This heart-stopping thriller saves the best for last as Adam races against the clock to prevent a spectacular disaster.

“The plot zings along at a blink-and-you’ll-miss-it pace. . . . Plentiful dialogue and cliffhanger chapter endings make this an easy pick for reluctant readers.”
—The Bulletin of the Center for Children’s Books