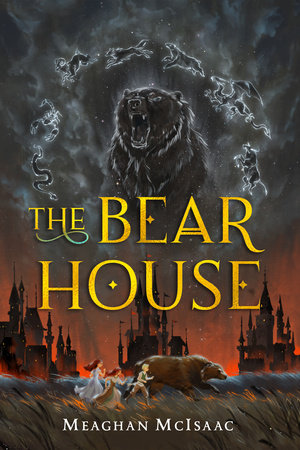 In a gritty medieval world where the ruling houses are based on the constellations, betrayal, intrigue, and a king’s murder force the royal sisters of the Bear House on the run!

Moody Aster and her spoiled sister Ursula are the daughters of Jasper Lourdes, Major of Bears and lord of all the realm. Rivals, both girls dream of becoming the Bear queen someday, although neither really deserve to, having no particular talent in… well, anything.

But when their Uncle Bram murders their father in a bid for the crown, the girls are forced onto the run, along with lowly Dev the Bearkeeper and the Lourdes’s half-grown grizzly Alcor, symbol of their house. As a bitter struggle for the throne consumes the kingdom in civil war, the sisters must rely on Dev, the bear cub, and each other to survive—and find wells of courage, cunning, and skill they never knew they had.

Who Should Read The Bear House?

Well, everyone. But, in particular, Meaghan McIsaac’s gritty medieval fantasy is perfect for readers who might be a bit too young for Game of Thrones, but would absolutely love the political intrigue, adventure, and world-building.

If you’ve read and loved The Mad Wolf’s Daughter, Prisoner of Ice and Snow, or Keeper of the Lost Cities, then The Bear House is for you!

Praise for The Bear House

“The stellar worldbuilding is both expansive and accessible, and the action never falters. . . . Thrilling adventure set in an enchanting world makes this an easy pick for high fantasy fans.”
—Kirkus Reviews

Get to Know Author Meaghan McIsaac 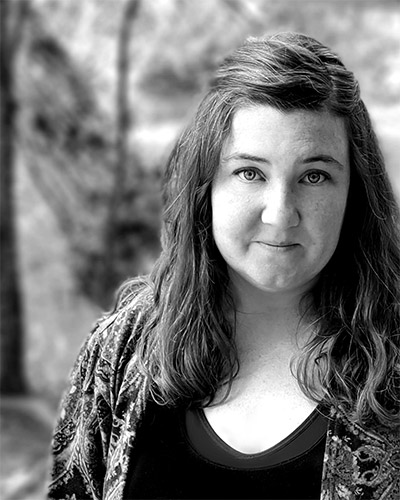 Meaghan McIsaac is the author of several books for young readers, including The Boys of Fire and Ash (shortlisted for the Manitoba Young Readers’ Choice Award) and Movers (a Shining Willow Finalist for the Saskatchewan Young Readers’ Choice Awards). Meaghan completed a masters in Children’s Writing at the University of Manchester and now lives in Toronto, Ontario with her two dogs.

“I hope readers like Aster. And Alcor. I hope they get lost in the world of the Highen. I hope they find more stories there. I hope they tell them.”
—Meaghan McIsaac

Read the First Chapter of The Bear House

BERNADINE Lourdes was pouting. The only daughter of the House of the White Bear was used to having her own way. But this was Aster Lourdes’s house— and she’d be damned by Tawn if she let her spoiled cousin dictate the afternoon.

“Pout all you want,” Aster snapped, fishing through the drawers of her father’s giant mahogany desk. “I told you, I’ve no interest in board games today.”

The girls sat in the high-ceilinged study of Aster’s father, where heavy, deep- red curtains framing the bay windows blocked the sunshine of another beautiful summer day. Bernadine sulked, a Crowns & Stones board across her lap. The periwinkle damask of her petticoat clashed with the rugged coldness of the room. Aster loved this room. She loved the dimness; loved the musty smell of the old leather books in the towering shelves; loved the icy chill of the dark tiles under her feet, painted with depictions of Hemoth Bears from history. They reminded her of her family’s importance to the Highen every time she took a step. For Aster Lourdes was the daughter of the Bear Major, the ruler of all the Bear Highen— Jasper Lourdes, the Death Chaser. Her fingers grazed the smooth, familiar handle of the object she was looking for, and she grinned. Her father’s ivory quill knife. She pulled it out and placed it gently on the desktop.

Bernadine let out a huff, folding her arms and narrowing her eyes. “And I have no interest in your silly map.”

Aster smoothed the giant map out on the surface of herfather’s desk. The parchment was wrinkled and bruised from constant folding and unfolding, its sides and corners fraying. No matter how lovingly she cared for her map, Aster could see she was loving it to death. Picking up the quill knife, she resolved to be gentler, then set about her work, sharpening and shaping the tip of her quill.

“Father and Uncle Bram plan to meet the enemy’s forces near Kishtowel Pass, where the Great Bear River meets the Celestial Sea. I have to draw their route.

“You don’t know that that’s where they are. And it’s tool.”

“Tool,” Bernadine said again. “Look”— she hopped off the windowsill and stormed over, slamming her finger down on the name under Aster’s quill—“K‑i‑s‑h‑t‑o‑u‑l. It’s pronounced Kish-tool. Not Kish-towel.”

Aster slapped her cousin’s hand away and made a mental note to remember Kishtool.

“I do know where they are,” she insisted, hoping the mispronunciation would disappear from conversation.

“You know they plan to meet the Ring’s forces at the pass, but that’s all. There’s no way to know where they are for certain— them or the Ring. Your map is probably all wrong.”

“Of course they’ll be there,” said Aster, gritting her teeth and circling Kishtoul Pass to mark the end of her father’s path.

In truth, she didn’t know for certain. They hadn’t heard from the Bear Highen’s armies in a fortnight. The day word reached her father that the Ring Highen had declared war, there had been shock and fear. The Major had just traded the Ring the egg of a Shadow Dragon— a deeply powerful and sacred object— for the venom of the Prism Scorpion to cure the firelung plaguing Dracogart. It was a mutually beneficial arrangement, one that promised friendship and peace after many centuries of rivalry—and often war. Two Highens, a sea apart, helping each other into a new age. Certainly, there were voices that had cautioned against the trade. Bah, her father had said, waving an unconcerned hand, men always have opinions on matters as delicate as this. All will be well.

But now, with the egg delivered and the new alliance made, the Ring had the gall to attack? It was a baffling move, one her father and the other Heads of Houses were completely unprepared for. The Ring had attacked and burned several coastal cities quickly and mercilessly, and Father had had no choice but to answer. Jasper Lourdes had mobilized his men. And as Minor of the Highen, first among the lesser kings and the Major’s second, Uncle Bram had moved the White Bear’s armies the very next day to join them. Both Aster’s and Bernadine’s father were at war.

“Fine. Do what you want,” said Bernadine. “I’m going to try on some dresses.”

“Which dresses do you think you’re trying on?”

Bernadine peeked around the open door and looked back at Aster with a wrinkled brow.

“Because Ursula will kill you if she catches you.”

Aster looked over to the window, the sunlight of a cloudless day fighting to invade the darkness of her father’s office.

“She’s harassing your bear boy again.” Bernadine shrugged, slipping out the door. “She’ll be at it all afternoon.”

Aster winced as the door slammed shut, and, alone in the quiet, she sighed. Ursula, her big sister, had a wardrobe of at least two hundred dresses. Aster wouldn’t see Bernadine again until dinner. It was funny, really, how much Bernadine had changed since coming to live with the Major’s family four years ago. Uncle Bram had sent her to Tawnshire from Whitlock after her mother, Aunt Gwynlin, became very sick. And when poor Aunt Gwynlin had died, Uncle Bram thought it best that Bernadine remain with her cousins, not only to keep her from the sadness of his empty house, but to have her brought up a proper lady at the Major’s court. Whitlock was a cold wasteland compared to Tawnshire; Aster could still remember the Minor’s little daughter arriving on horseback, wearing weasel furs and coveralls like a peasant. Not even a carriage! Just her own white horse and her father’s soldiers to escort her. She had been a different girl then. Aster stared at the handle of the quill blade in her hand: heavy ox bone, honey- stained, carved in the likeness of the Hemoth Bear.

A simple instrument for a Major, humble, with no gemstones or precious metals. And yet the bear had been so carefully carved, with so much detail, that it was ornate in its own quiet way. It was a strange thing for a Major to have—traditionally, his quills were kept sharp by devoted attendants, and no Major bothered himself with such a small, tedious task. Perhaps that was why she liked it so much—because it made her father different. Keeper Rizlan had given it to him when he was a boy not much older than her. To help with my studies, her father had said. Where was Father now? How long until he would send word?

She walked her fingers along the trail her father’s armies had marched for the past month. From Tawnshire . . . southwest along the Great Bear River . . . and through the Wellin Woods, a dangerous  forest of dark shadows and hungry wolves— or so her father always told her. She made a silent vow to see it someday. Someday, when she would lead the Bear Highen’s armies through the dangers of the Wellin Woods. It could happen. It wouldn’t, but it could.

Ursula was the heir, the one expected to fill the role of Major, but sometimes Aster liked to dream it would be her. The Lourdes had headed the House of the Hemoth Bear for centuries, and her own father was the younger of two brothers, whom no one expected to take the throne. And even though he had been chosen above her uncle by the Hemoth Bear, it had never divided the brothers, as some might expect. The White Bear, the second-most-powerful and -sacred of High Beasts, chose Uncle Bram, and the Lourdes brothers brought stability and prosperity to the Highen as no Major and his Minor had ever done before. They were a team, united by blood and purpose.

A roar, furious and deep, suddenly shook the windowpane. Ursula’s familiar high-pitched shriek rang out next, and Aster ran to the window.

More info about The Bear House 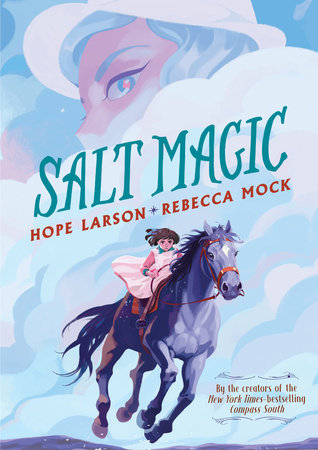 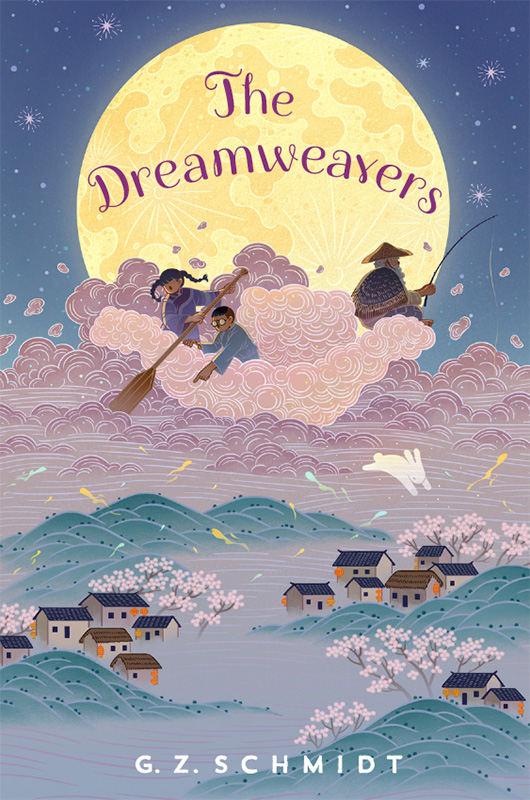 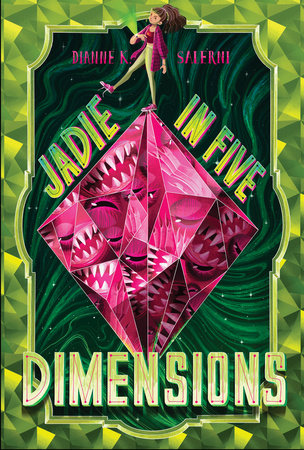