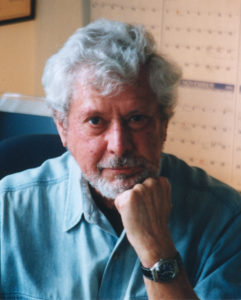 Inside BECAUSE THEY MARCHED: THE PEOPLE’S CAMPAIGN FOR VOTING RIGHTS THAT CHANGED AMERICA, A Conversation with the Newbery Medal-Winning Author

Q: Russell, please tell us about your book, BECAUSE THEY MARCHED.

A: Because They Marched tells the story of the embattled march from Selma to Montgomery to demand equal voting rights. The first attempt to set out for Montgomery ended on “Bloody Sunday,” when peaceful marchers were attacked and routed by Alabama state troopers armed with tear gas, clubs, and whips. The marchers set out twice again. Their third attempt—a five-day, fifty-four-mile trek across Alabama—culminated with a triumphant rally of 25,000 people at the state capitol and led to Congressional passage of the 1965 Voting Rights Act, the crowning achievement of the Civil Rights movement.

Q: Your book contains many photographs and resources from this time in history. Can you tell us about your research process?

A: Once upon a time, photo research required extensive travels and hands-in-the-files research at libraries, museums, and historical societies across the country. Today, most image collections are digitized and can be accessed online. And since the Selma voting rights campaign was covered extensively by the press, there is plenty to choose from. For this book, I looked at hundreds of images on the websites of the Library of Congress, the Associated Press, and various photo agencies, searching for striking and illuminating photos to amplify my text. My guiding principle, as always, was that the photos should reveal something that the text cannot express, while the text should say something that is not evident in the photos.

For my research, I also was able to draw on eye-witness, day-by-day press reports, on articles and essays by notable writers who went to Selma and accompanied the marchers, and on interviews conducted over the years with marchers and demonstrators whose testimonies even decades later speak eloquently of the passions of the time.

Q: What do you find most interesting or unique about the voting rights march?

A: The voting rights campaign was an authentic grass-roots movement, of particular interest because it originated with teenagers—high school and junior high students organized by the Student Nonviolent Coordinating Committee. Their determined demonstrations and sit-ins in the face of brutal police repression persuaded their parents and teachers to overcome their fears of retribution and join the fight.

By the time Martin Luther King Jr. and other national figures were called in to help, the Selma voting rights campaign was well underway. That campaign is a dramatic example of the grassroots forces that drive social change—the role played by ordinary people when they fight for their own cause.

Q: If you could go back to be a part of any moment in history, what moment would it be?

A: As a writer, I have in fact gone back and been part of significant historical moments of my own time, in my books about the Great Depression, the Roosevelts, and the Civil Rights movement. I just completed a book about the resistance movement in World War II, and I’m now beginning a book on the Vietnam War. These events have all taken place during my lifetime, and my memory of them informs the choices I make in my writing.

If I could go back to a moment in history before my time, I would love to travel 2,500 years into the past to the Chinese town of Qufu, find a place in the temple courtyard under the apricot tree where the students of Confucius met, and take part in a spirited discussion with that ancient sage.

Q: What do you hope young readers learn from your book? How do you think they can apply it to their lives today?

A: I want my readers to understand why the voting rights campaign was necessary, how our country has changed as a result of the Voting Rights Act, and what they can do to help safeguard our most precious right, the right to vote. As they cheer the Selma marchers on page after page, I hope they will feel inspired to take up the banner themselves, to meet the challenges of their own generation and march out to change the world.

Russell Freedman (1929-2018) is well known for his riveting biographies and masterful accounts of the history of the United States. One of the most honored writers for children, he has won many awards, including the Newbery Medal, three Newbery Honors, the Robert F. Sibert Award, a Sibert Honor, the Orbis Pictus Award, the May Hill Arbuthnot Honor Lecture Award, the National Humanities Medal, and the Laura Ingalls Wilder Award for a “substantial and lasting contribution to literature for children.” Russell Freedman lives in New York City and travels the globe to gather material for his works.

Click here for an interview with Russell about FREEDOM WALKERS, winner of the first ever Cybils Award in Nonfiction!